The Zantac recall and why it doesn’t make sense to rely on prescription medication to treat chronic disease.

The recent recall of Zantac (ranitidine) prompted me to comment on the circumstances of this recall and the broader implications of this massive dependence on prescription medications to treat chronic disease.

Prescription medications are in the news frequently. Pharmaceutical companies are being sued for their role in promoting the use of opioids which have damaged so many lives. But the medical community, while acting with the good intention of relieving suffering, shares culpability because we relied on the easy fix of prescribing a pill for people in pain. Now the benzodiazepine abuse crisis is following closely behind the opioid epidemic.

Relying on prescription medications to treat chronic disease leads to adverse drug reactions in a proportion that is huge but hard to measure. We know that medical treatment is now the third highest cause of death behind heart disease and cancer. 2.4 million emergency department visits and 124,000 deaths occurred from medications in 2014. 80% of these adverse drug reactions are related to the intended action of the drug involved.

Drugs don’t even work all that well. In many circumstances the ability of medications to treat chronic disease is limited. Statin medication reduces the risk of a second heart attack by about 30%. This means that 70% of people treated will have a heart attack in spite of taking the medication.

The situation with the Zantac recall leads us to face issues related to safety, regulation, and fraud in the manufacture and distribution of medications. 80% of all medications generic and brand-name are currently manufactured off shore, mostly in China and India. It is important to understand that whether in the United States or in offshore manufacturing plants, the FDA does not analyze products to ensure their quality or safety. The FDA approves drugs initially based on clinical trials that demonstrate the relative safety and efficacy. The FDA then requires manufacturers to follow good manufacturing practices (GMP) which they publish. Manufacturers are expected to comply with these practices but manufacturers self-police. The FDA only inspects the records kept by the manufacturer documenting their compliance. In her book “Bottle of Lies” Catherine Edan documented the fraud that characterizes the offshore pharmaceutical industry. In 2015 the FDA admitted that it was not able to assure the quality of pharmaceutical products because these inspections are not effective.

The case of the Indian pharmaceutical company Ranbaxy was described in Katherine Edan’s book. With $600 million being spent on brand name Lipitor, political pressure was placed on the FDA to approve a generic form of atorvastatin to reduce healthcare costs related to the treatment of cholesterol. Less than one year after certifying Ranbaxy to manufacture atorvastatin glass fragments were found in the product.

The medication losartan has now experienced multiple newsworthy recalls because of contamination with the cancer causing nitrosamines NDMA and NDEA.

Now after 60 million prescriptions have been filled, Zantac (ranitidine) has been recalled because of very high levels of NDMA that appears to be not a contaminant but a natural breakdown product of the ranitidine itself.

It wasn’t the FDA that discovered the NDMA in Zantac, it was a private company. Valisure is a distribution pharmacy that has analytical equipment and has taken it on itself to test the drugs that it sells.

If you have Zantac in your cabinet, best to get rid of it. Don’t flush it. NDMA is already detectable in drinking water. The way to dispose of medications is to take them back to the pharmacy.

These issues should motivate us to take pause regarding our reliance on prescription medications in the treatment of chronic disease. It’s not that prescription medicines don’t have an important place. Medications save lives and relieve suffering every day. It’s just that the huge volume of exposure we have to these products leaves us vulnerable and is probably not necessary.

It doesn’t make sense for 70% of us to be on prescription medications. 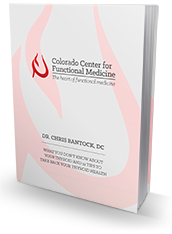